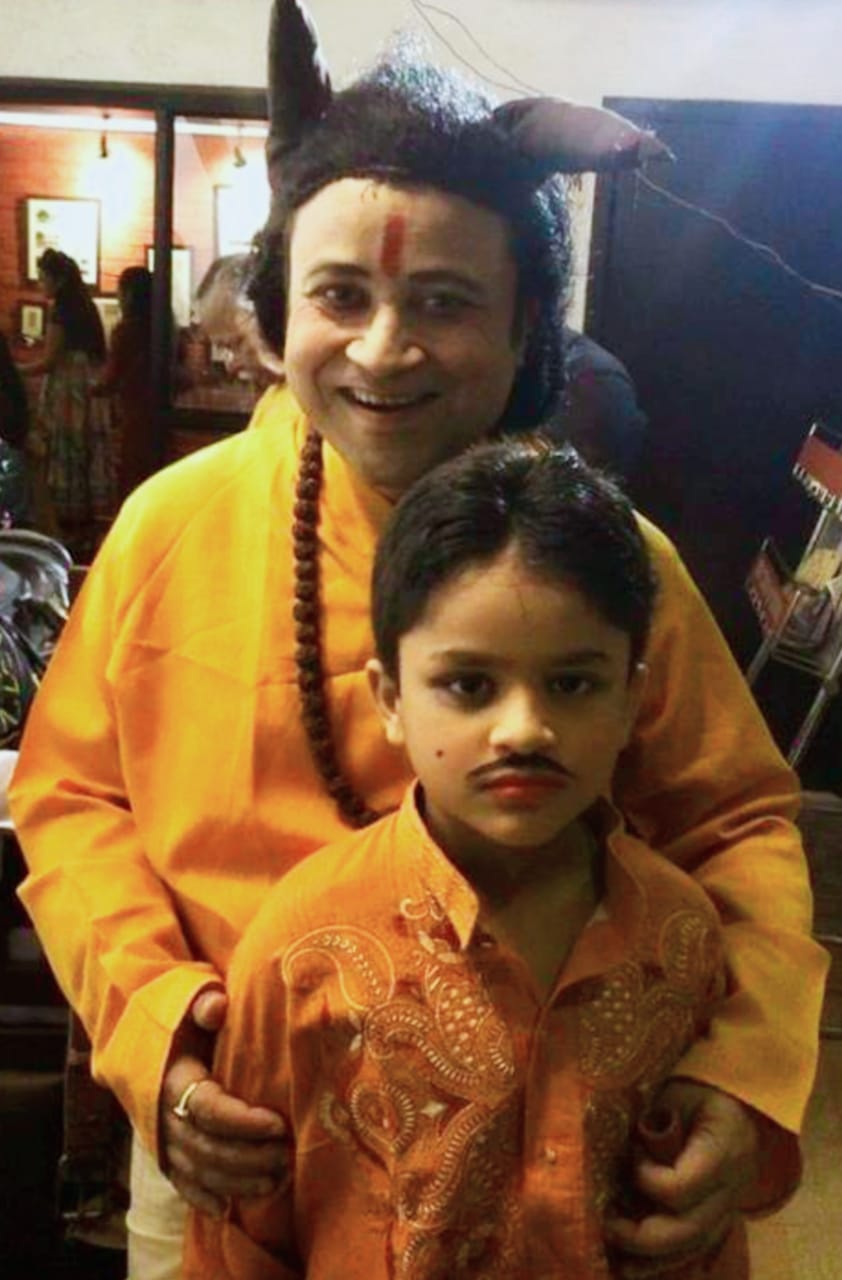 In the journey of Independence for my Boy ( ADHD , SLD , with Anxiety and traits of OCD ) ,there was not much that I , as his mum , consciously did , for developing his Independent Living Skills  , simply because I didn’t know how, at that point of time ( when he was diagnosed in 2010 at age 5).
But in retrospect , the one thing which worked beautifully for Social Independence was Theatre , which he joined amidst tantrums in June 2013. That first class began with a tantrum, as he was terribly anxious about joining this new thing. It ended with a tantrum too, as he had fallen in love with the magic , that his Theatre Guru Baisali Chatterjee Dutt conjured up and he didn’t want to leave class .
I still remember his first studio performance in 2014 , as a character called Crusty Crab !! To my sheer amazement , all characters here , were moving across the floor and mouthing their dialogues , since the setting of the play was the ocean and ocean bed !! And he was so at ease doing that !!
And this year in June , amidst Lockdown ,he completed 7 years in theatre. In May , for the Theatre school online celebration of Rabindra Jayanti  , he amazed me again , mouthing lines from Tagore with èlan and such effortless ease. It is an important point to note here , that this was , in no way a Special Needs set up and his co – students there were / are all NT kids . His Mentor , who has groomed him to this level , had no real exposure to Special Needs whatsoever !! Infact, she claims that it’s my boy who taught her how  Special , Special Needs could be !!
The one thing, of course , that exists in abundance , in the walls of his Theatre School is certainly an overload of Empathy !! The one thing I can say now , more or less confidently, is that my boy is Socially Adept and Independent to take on the NT World. Ofcourse, it’s taken 7 years of Theatre and continuing , to get there !
But to his credit , he has possibly never missed a class or rehearsal , rain – shine – flood – exam – corona( online class )!!
He is quite a Drama King at home , perpetually acting it out.
It helps ofcourse , that his father too , is an actor , and it’s to his “Babba”, that he turns to, when it’s time to learn his part.
Theatre has indeed boosted his self confidence and that shows in his Socialisation Skills and People’s skills. He can converse with Young and Old alike and hold his own stance.
Ofcourse , there is far far more to Independence and Independent skills than just this , but its atleast one step taken.
I consider his entry into Theatre , into Sports and other Activities that he does as milestones . All of these,  have actually helped him develop an individual personality ( albeit different from us, as parents , but very distinctive ) and best of all , provided great Respite and Relief from the immense pressure of Academics ( he is in a Mainstream Board Class 9 )
Mahua Ghosh
( Mother of Sanraaj )
Attached photograph is an AGOMONI, a programme at Calcutta Rowing Club in 2014 , the one time he shared stage with his father , Sanjoy Ghosh . He played the role of a Village Mastermshai , who explains the story of Ma Durga’s arrival upon Earth and his father played the role of Nandi , in the enactment of that story.